A Preview of the 2018/19 Caribbean Yacht Season

A Preview of the 2018/19 Caribbean Yacht Season

As anyone in the industry will tell you, the 2017-18 Caribbean yacht season was tough going. The subsequent hits of Hurricane Irma and Maria devastated many of the Caribbean’s yachting hotspots, such as the BVI’s, St Maarten, and ever-popular St Barts.

While many islands of the Caribbean weren’t in the path of the hurricanes, such as St Vincent and the Grenadines, while the storm ‘hopped over’ other islands such as Antigua (while devastating its twin island of Barbuda), many yachts simply stayed away from the region altogether after the storms, making it very difficult for crew looking for yacht jobs in the Caribbean.

Yet as outlined in ACREW’s Caribbean Winter Season 2018/2019 Monaco Yacht Show seminar, the Caribbean is back with a vengeance for the upcoming yachting season, after an extraordinary recovery effort that is a testament to both the resilience of the human spirit and nature’s endless ability to recover from disasters.

And for crew looking for jobs in the Caribbean, this is magnificent news, with a huge sense of enthusiasm in the industry about the upcoming season. Guests and crew alike are showing real excitement about getting back to one of the world’s great cruising grounds, and as the ACREW guest speakers told the audience, berth bookings are actually up in St Maarten compared to pre-hurricane years, while heavy restaurant bookings in St Barts is saying all good things about how busy that yachting playground is going to be over New Years.

For crew planning to cross the pond to look for yacht jobs in the Caribbean, or are on a yacht travelling to the Caribbean this winter, there were a few things brought up during the ACREW seminar that will be helpful to know from a planning perspective in order to deliver a fantastic guest experience.

St Maarten marinas are all open and ready for business.

St Maarten is one of the great yachting hubs of the Caribbean and a great place to look for yacht jobs in the Caribbean. After a huge recovery effort post-hurricane, all marinas are open and some are operating at maximum capacity, with higher-than-usual berth bookings at Isle de Sol over December indicating the incredible interest in this year’s Caribbean yacht season.

The lagoon and channel at Simpson Bay is free of debris making for safe entry into the marinas, and all the yacht provisioners and businesses have remained on the island, meaning crew will be able to provision and get repairs done by the same people (and to the same quality) as before the hurricanes.

Princess Juliana International Airport reopened soon after the hurricanes but was operating at limited capacity and out of a makeshift terminal; the grand passenger terminal will reopen in November in time for the winter season.

The Virgin Islands have staged an incredible recovery

Some of the Virgin Islands took a monstrous hit from the hurricanes, with popular yachting hotspots like the Bitter End Yacht Club on Virgin Gorda, Willy T’s party boat and the famous beach bars of Soggy Dollar and Foxy’s all severely damaged in the storms.

Yet the lush green has since returned across the tropical archipelago, many of the luxury resorts have reopened, and the beach bars sprung back up rapidly after the hurricane, dispensing their laid-back blend of ‘painkiller’ cocktails and good times to visiting yachts. Willy T has been refloated and is now operating out of Great Harbour – a great symbol of the recovery effort.

As for marinas in the Virgin Islands, Yacht Haven Grande Marina was quickly repaired after the hurricane and is expecting a great winter season, and American Yacht Harbor Marina, Nanny Cay Marina and Scrub Island Marina are all operational and ready for business.

While some places are still rebuilding (like the Bitter End Yacht Club, which has grand plans for a redesign), much of the Virgin Islands is just as wonderful as before. Charter guests and crew will notice a fantastic feeling of revival and local spirit when they visit this year, and given that a few of the hotels won’t be open yet, charter bookings are very healthy as some holidaymakers are choosing yachts over hotel rooms as the best way to visit the islands. All good news for those looking for yacht jobs!

Provisioning is going to need extra preparedness this winter season

This one has nothing to do with the hurricanes, but is definitely essential to know! Because Christmas is falling on a Tuesday this year, crew must be aware of the limited flights coming in when planning for their provisioning.

During the ACREW talk, National Marine Provisions advised that it is even more important to be in constant contact with your provisioners this year as Christmas falls on a Tuesday. That means there will be no flights Monday, Tuesday, or Wednesday to any island, and only Thursday and Friday flights before New Year’s Eve.

The company, therefore, advises that crew start communication with their provisioners early, as of December 1. Flight schedules change every week in the Caribbean, so it’s important to stay in contact with agents and suppliers, no matter where your provisions are coming from.

As crew, you should also be making your restaurant bookings for your guests early. There’s such interest in the Caribbean season this year that the word on the street is that it’s already very hard to get New Year’s dinner bookings in places like St Barts. Be prepared and book your guest activities early. Don’t rest on your laurels thinking the region will still be quiet after the hurricanes of 2017 – all the evidence is to the contrary as we head into the Caribbean yacht season.

Security is not something to be unduly worried about

Post-hurricane there were some worrying reports about lawlessness and crime in parts of the Caribbean such as St Maarten. However, with a Dutch police presence on the island through 2019, improved security around the island and lagoon courtesy of local police and the Coastguard, and unofficial reports from police indicating that crime has now fallen below before-hurricane levels on St Maarten, crew don’t need to factor in any greater level of crime than before when deciding if a yacht job in the Caribbean is the right choice this winter. Having said that, personal safety is something to always be aware of in the Caribbean (and elsewhere), so stay aware and don’t walk alone after dark.

As the yachts prepare to cross the pond to the Caribbean, there’s a great sense of optimism and enthusiasm about the season to come. The terrible damage of the hurricanes is behind the islands and everyone is looking forward to celebrating the yachting comeback in the Caribbean this winter. 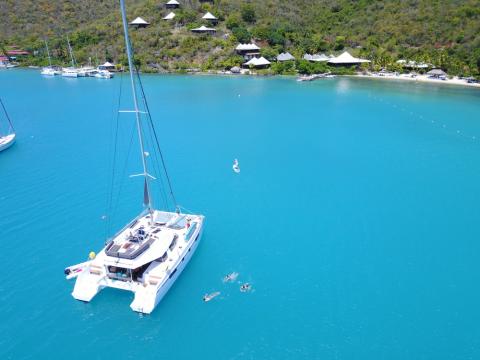 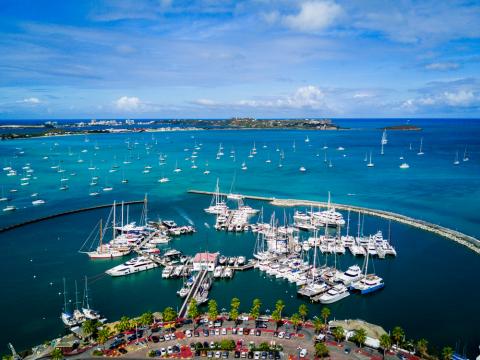 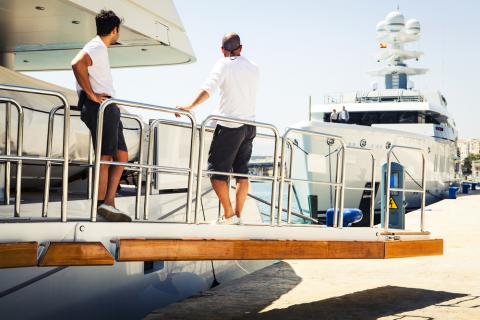 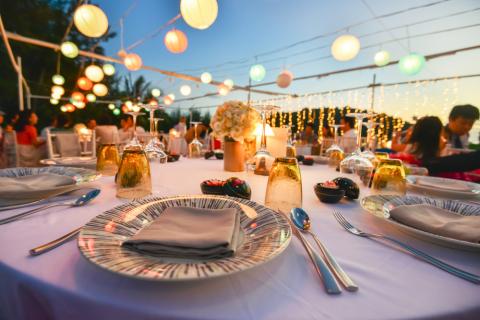 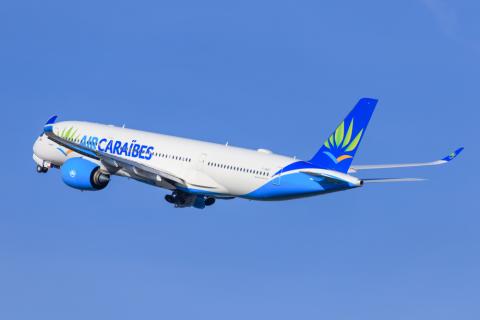