Where To Eat & Go Out

Ibiza is the western most Island of the Balears archipelago and the closest to the Spanish mainland. Having earned itself the reputation of Spanish capital of hedonistic tourism, most visitors will be surprised to find a well-preserved island, with a huge amount of charm and history, which has been recognised as a World Heritage site. Yes, Eivissa is party town and has been for over 40 years! From sunsets on the beach enjoying the latest DJ’s sound creations all the way to late night –or should I say early morning clubbing, the town truly deserves its place amongst the great party capitals of the world. The island has developed a music scene and style that is quintessentially Ibiza! Yet, those seeking a quieter time will not find all this frantic nightlife invasive. Eivissa is a beautiful historic city, with a charming old town, full of tradition and character, and there is no lack of calas and anchorages further afield to satisfy the most demanding yachtsmen. The often-rugged coastline dominated by steep pine clad hills is rich in natural beauty, and remains in its vast majority to this day wild and unspoilt. 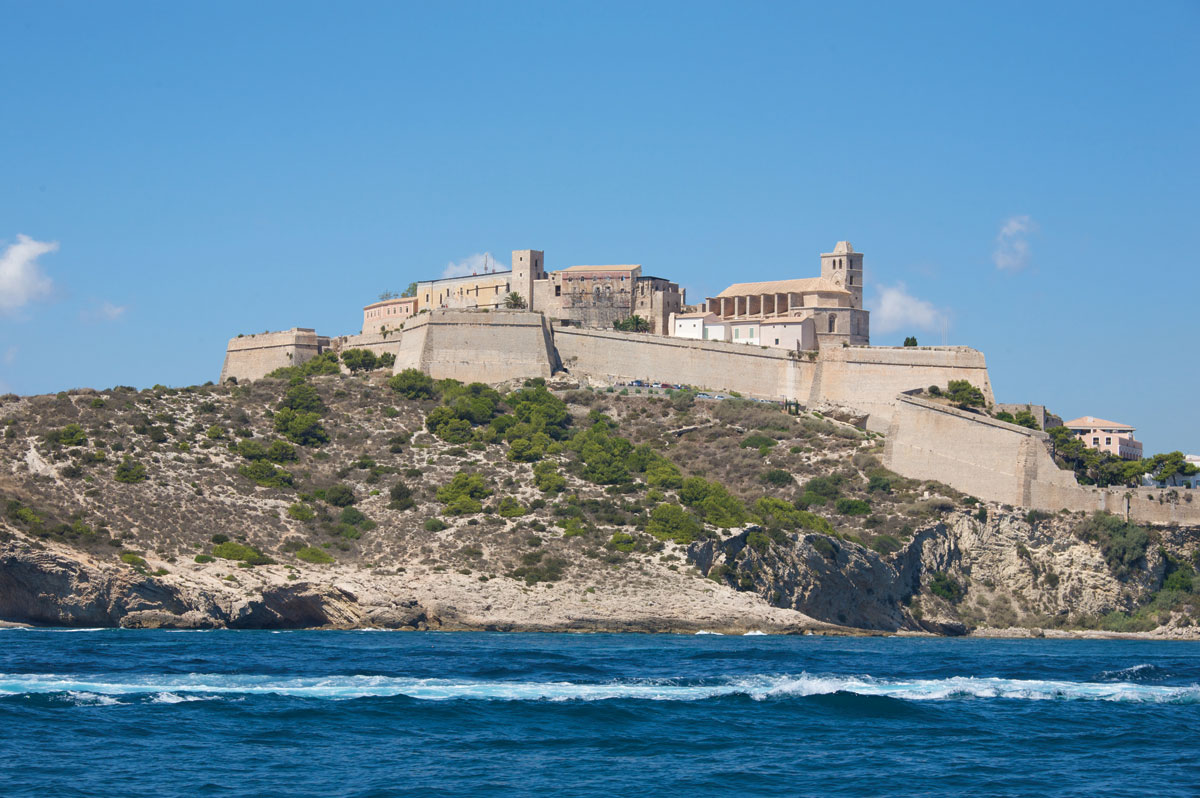