Wellington Yacht Partners is pleased to welcome Andrew Kaiser to its team.

Wellington Yacht Partners is pleased to welcome Andrew Kaiser to its team.

Andrew is a native of Houston, Texas, who found a passion for sailing at an early age. After earning a degree from the University of Texas at Austin, he set out to make a career of sailing.

His professional sailing career started aboard traditionally-rigged wooden vessels, working in the non- profit sector with missions ranging from sailing with underprivileged youths to historical education.

Applying time spent aboard these traditional craft, Andrew attended Northeast Maritime Institute where he earned his USCG Master’s 200 GT license and transitioned into the Superyacht industry.

An accomplished sailor and now a licensed Master, Andrew also discovered an affinity for engineering, and dove into learning yet another aspect of seamanship. He held the position of Chief Engineer on multiple vessels before accepting his first command as Captain.

As Captain, Andrew had five commands where he sailed extensively, cruising in 38 different countries, completing a transpacific and eight transatlantic crossings.

Today Andrew lives in Newport, RI, with his wife and two young sons. He is currently the Captain of a CNB 70, cruising locally in New England waters. 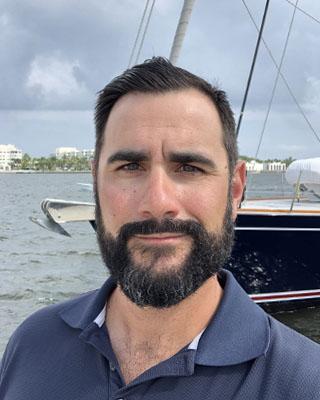